There are a number of keg couplers (Sanke D, S, G, A and U), with Sanke D being the most common for American domestic beers, but they all basically function the same way. It is important to clean your couplers on a
regular basis, but it is also very important to lube your couplers O-rings and
seals before returning to service. Most
couplers consist of the main body and a probe of some sort. By far the most
popular coupler in the United States is the Sanke D coupler and the photos and
procedures we will cover in this Guide will focus on this coupler. 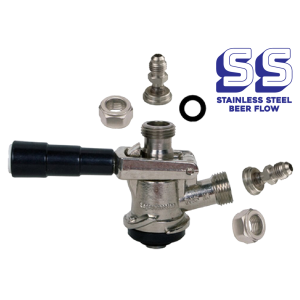 This is a “D” system coupler for sankey style kegs with a black lever handle, also referred to as an American Sankey, which is the most common system used in America. It’s used by all the major and micro breweries along with a lot of home brewers. Both compatibility and durability are unmatched!

Q- How do I hook up my coupler to a keg?
A- This is very simple.
Just make sure the handle is in the up position, line up the coupler
with the two lugs on the kegs (see “A” on photo below) with the two slots in
the coupler (See “B”). Push down the
coupler and then pivot the coupler to the right until it stops. Make sure you twist it as far as it will go
to the right or leakage can occur.
Then pull out the handle and push
it down until it locks into place.
Q- How do I clean my coupler?
A- Your coupler can just be cleaned using hot soapy water and
then rinsed with clean water. It should
always be lubed after cleaning. Failure to keep you coupler lubed will result
in leaks!
Q- How do I lube my coupler?
A- Couplers have O-rings and seals. The seals on on the bottom, there are
two. One is on the bottom of the body
and the other is on the bottom of the probe (see E in images) Put a light coat of food grade O ring lube on
these. There are also two or three O
rings on the probe, depending on manufacture of probe (see image D on
photos). This will need to be removed
from the body. Just unscrew long nut
holding on the handle, pull handle from side away from the coupler and then
pull probe up and out of the coupler, lightly lube the O rings and replace the
probe.
Q- My coupler is leaking air or beer from the bottom where it connects to keg or from the top of
the probe and I have done all the things suggested above?

A- Is your hose pulling on the coupler or something pushing
on the coupler? This can push the
coupler out of alignment and cause leaks.
Be sure there is nothing external touching or pulling on your coupler.
Q- My coupler is leaking beer or gas from where hose
connects?

A- Make sure your beer nuts are tight and you have a washer
inside the coupler (on some couplers the one way rubber valve (called a duck
bill valve) also acts as a washer to seal.
***One other thing that will ofter cause a coupler to leak
is the keg itself! Inspect and lube the
large rubber washer where the coupler connects to the keg. If you see a tear,
cracks or other defects this could be your issue. Sometimes the metal part is bent as well and
this causes issues. Contact the company
that sold you the keg in these situations. 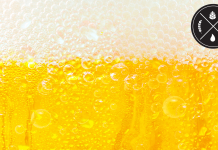 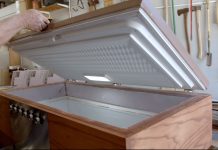 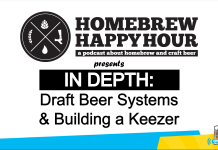 IN DEPTH: Draft Beer Systems and Building a Keezer 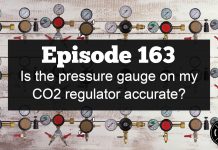 Is the Pressure Gauge on my CO2 Regulator Accurate? — Ep. 163 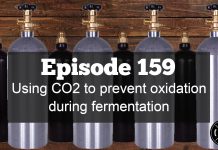 Most Common Kegs of Commercial Beer and Which Coupler Style they...

Is the Pressure Gauge on my CO2 Regulator Accurate? — Ep....