Every Black Friday, folks head out in droves to do their holiday shopping. If you’re into craft beer, you know that Black Friday is also the day that Bourbon County Stout from Goose Island comes out. In very populated areas, it can be hard to get your hands on, and like many popular beers, clone recipe trials and tests are not far around the corner. Thankfully, Goose Island list some of the essentials on their website, so a close clone isn’t as hard to achieve in this case.

If you don’t know, Bourbon County Stout a big beer (13-15% varies a bit yearly). It’s aged in bourbon barres and the label says it can age and develop an additional five years in the bottle. Prior to last year, they were available in four packs of 12oz bottles or in singles in many beer stores. Now (2015 and beyond), they are released in 16.9oz bottles. There are several other styles in the Bourbon County family, but today we are only talking about a clone for the bourbon county stout.

I mentioned that they list a lot of important recipe information on their site, meaning we have a great jumping off point. So let’s begin there. The grain bill for the 2016 release includes 2 Row, Black Malt, Caramel malt, Chocolate Malt, Munuch 10L, and Roasted Barley. The only hops used are Millennium, so that makes figuring out things a lot easier. Lastly it has 60 IBUs and is 13.8% ABV. This is actually more information than you can usually find when trying to formulate a clone. Bourbon County is one of the thickest stouts you can get. The final gravity should land around 1.030, so to get to 13.8% we would need a starting gravity of 1.135. That’s a very high starting point, so extra care will be needed when it comes to fermentation management, which we’ll get to a bit later. Here is what the recipe looks like for a 5 gallon batch with 75% efficiency.

Now, that grain bill likely pushes the very upper limits of your mash tun, if not exceeds it. Your mash will likely be a thicker ratio than you’re normally used to mashing at. This can have a negative affect on your brewhouse effeciency. Because of this, It’s a good idea to have several pounds of light extract on hand in case you don’t hit your numbers. The other option is to continue onward with a slightly lower starting gravity. You should still end up with a close rendition of Bourbon County, even at 10-11%.

It goes without saying that you should pitch a large starter to ensure full attenuation. Consider stepping it up 2-3 times. Oxygenation is another important method to employ to help your beer attenuate to your desired FG. Higher OG beers require a bit more oxygenation as they do not absorb oxygen as easily. You should also consider oxygenating twice, once at pitch, and once 12 hours later, to ensure the yeast has all it needs during its reproductive phase. You can charge your beer up to 8ppm of oxygen using an air pump oxygenation kit. In addition, you should look to add extra yeast nutrient to the beer. Adopting a staggered nutrient addition regiment, similar to that used by mead makers to ensure healthy and complete fermentations in high stress scenarios. Instead of adding the entire dose of nutrients when you pitch your yeast, simply add 1/3 of a full dose at pitch, another 1/3 after the lag phase has ended, and a final 1/3 a day later. Basically, this keeps the yeast happy without feeding them a bunch of nutrient up front where they may get lazy after a day or two.

Aging With Oak and Bourbon, and Conditioning

Now you’re on the home stretch of your Bourbon County clone. If you’re using chips or cubes, make sure you use heavy toast, or at least medium, as they will be the closest imitation to the wood used for a bourbon barrel. Soak the chips or cubes in bourbon while the beer is fermenting. When fermentation is done or mostly done, add the bourbon and oak to the beer. You’ll want to pay attention to not over-oak the beer. Once it’s at a point you are happy with (take samples to monitor progress) you can prime and bottle or transfer to a keg. When it comes to conditioning, Goose Island bottles in October, and the beer is released at the end of November. So plan on conditioning for at least 7-8 weeks for more accuracy, and continue to age as you see fit from there.

You can purchase this delicious recipe from either of the retailers below! 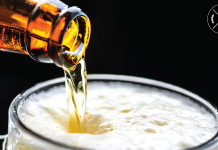 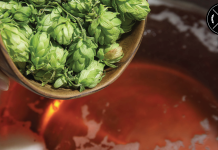 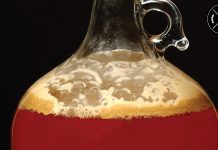 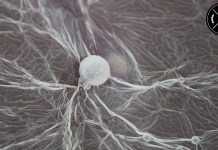 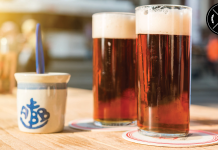 Experimental Brewing, Different Ways to Use Hops in the Boil, and Taste Testing American Alts with Dusseldorf Alts – Ep. 295