Merriam Webster defines fermentation as  “the enzyme-catalyzed anaerobic breakdown of an energy-rich compound (such as a carbohydrate to carbon dioxide and alcohol or to an organic acid) by the action of microorganisms (such as bacteria or yeast) that occurs naturally and is commonly used in the production of various products (such as food, alcoholic beverages, and pharmaceuticals) especially by controlling microbial enzymatic activity”.

A more basic explanation is that all living things (or once living things) will break down and this process of decomposition happens naturally.  The difference between rotting and fermenting is in the details.  In fermentation, specific types of microorganism (usually yeast) convert sugars to acids, gasses and alcohol while decomposition utilizes additional microorganisms to degrade dead material.  They key to fermentation vs decomposition is about controlling the environment so that the desired microbes have a hospitable environment while deterring unwanted microbes.

Just as in brewing, the digestive process of those desirable microorganisms create the new molecules (secondary metabolites to be more precise).  This creates complex flavors in the products- for example sauerkraut vs pickled cabbage.  Initially, our ancestors used the power of fermentation to help with storage and longevity, but also safety and nutrition.  Fermented foods will remain safe to eat for a long time, compared to a fresh vegetable.   Wine of course in the olden days was safer than water for drinking due to the alcohol content.   In a food such as sauerkraut, studies show that vitamin C content can be increased by as much as 400%.  However, in today’s world most of us are interested in fermented foods for the complex flavors but the beneficial bacteria contained in fermented foods are a bonus to many health conscious people.

To get started, remember that all living things seek a hospitable environment to live and thrive. They defend themselves to keep invaders out, to digest (eat) and to maintain this balance by rejecting its waste products.  In general, the more complex the sugars, the more specialized the organism.   Home fermentation involves several types of microorganisms but there are two that are the most common; yeast and bacteria.  Homebrewers usually do yeast fermentations in beer brewing and wine making, but occasionally will utilize strains of bacteria like lactobacillus strains or Brettanomyces fungus strains for a bit of sour or funky flavor.   Yeast will ferment simple sugars, usually transforming sugars into alcohol.   Beer, wine, and bread will be the foods that come to mind here.   Bacteria (notably strains of lactobacillus or acetobacter) are responsible for vinegar, yogurt, cheese, and sauerkraut type of foods.

Fermented drinks like kefir or kombucha will usually involve a mixed fermentation of yeast and bacteria and several different strains of them.  The environment surrounding the fermentation plays a huge role in the outcome and final flavor.  Making kombucha is a simple and straightforward process, but for the best results it’s best to begin with a SCOBY that was commercially purchased or acquired from another successful kombucha maker.  SCOBY is the acronym for Symbiotic Culture Of Bacteria and Yeast.   The microbes of course are microscopic, but they build a cellulose mat that you will notice in your fermenting kombucha and sometimes that is erroneous referred to as the SCOBY itself. While it is possible to grow a SCOBY from a bottle of kombucha, it takes steps to grow the culture so that it can outcompete undesirable microbes.   Starting with a SCOBY and strong starter means success will come much easier.

In a symbiotic culture fermentation, there are two or more types of microorganisms working at the same time, usually to the benefit of both.  In the case of kombucha, it is generally bacteria strains and yeast strains.   In general, alcohol is produced first as the sugars are fermented, and then acetic acid (vinegar) bacteria will ferment most of the alcohol to vinegar and water.  Lactobacillus is often in kombucha, and it produces lactic acid with a gentler ‘tang’ than vinegar. Brettanomyces is usually found in kombucha as well.   The actual strains of bacteria and yeast in your kombucha will vary depending on the source of the SCOBY, the temperature, the environment, and your base ingredients.

Making your kombucha (one gallon)

Use a glass or ceramic vessel with a wide mouth if possible  NO metal.  Plastic utensils are fine.  A large cleaned pickle jar, a wide mouth mason jar, etc- all would be suitable.

Clean your workspace and your vessels and rinse well.   Wash your hands before starting.  No need to sanitize clean utensils.

1 cup of white sugar (not honey, not brown sugar!) mixed into the tea at dissolved

1 SCOBY with 1 cup of starter kombucha

That’s it!  Mix the SCOBY and starter kombucha together, cover with a cloth or paper towel, and set in a place approximately 75 degrees if possible.  Keep the vessel covered, to keep out fruit flies, and wait.   You will see a new cellulose mat being formed, and stringy things may be developing on it.  That’s fine- it’s there to protect your kombucha from mold.   In about 10 days, take a clean straw or turkey baster and remove some of the liquid under the new SCOBY mat.  Taste- if it’s still sweet, allow it to ferment longer.   If not, and you like the amount of tartness, you can bottle.

At this point, when you package your kombucha you can add whatever flavorings you like, if any.   Grated ginger and some lemon zest are great, like ginger ale without all of the sugar.   Plain kombucha is great too!  You can add some honey or a bit of sugar if you’d like it sweeter, or if you’d like to carbonate it.

When you bottle your kombucha, bottle in plastic bottles to avoid bottle bombs, especially if you add fermentable sugars at bottling.   Or least, keep one plastic bottle as your tester to ensure that if that gets rock hard, to release some of the pressure of glass bottles.   Just like with beer, carbonation will happen in a few days if there is fermentable sugar.

Save 1 cup of the fresh kombucha, AND the cellulose mats in a new clean vessel to start your new batch.  You can separate the baby SCOBY from the mother, and now you have two!  Place those in the jar you are using, and cover with a paper towel or tea towel, fasten with a rubber band and now you have a ‘SCOBY hotel” for future use. 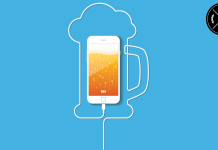 How Much Yeast to Pitch for Small Batch Brewing, Filling CO2 Cylinders at Home, Longevity of High Tech Brewing Equipment, & Prior Proper Preparation...